You’re doing everything correctly: you count calories, reduce your sugar intake, cut out most processed foods, and hit the gym four times every week. Yet despite your most focused effort, those last 10 pounds refuse to vacate.

Weight loss resistance differs from plateauing. Almost everyone hits a roadblock at some point on their weight-loss journey, but eventually, they overcome that plateau and continue losing weight. But when you stay consistently on course and yet weeks — even months — go by without the scales budging, that’s weight loss resistance.

“Your body is a chemistry lab, not a bank account, and the calories-in-calories-out model is woefully outdated because it fails to account for the numerous variables that can affect fat loss,” says JJ Virgin, CNS, who describes weight loss resistance as not losing one to three pounds of fat every week when you’re following a strict protocol.

Many things contribute to weight loss resistance, including pharmaceutical and over-the-counter medications, food allergies or sensitivities, thyroid or adrenal imbalances, and genetics. In the most stubborn cases, a chiropractor or other healthcare professional can analyze your lab work and perhaps employ additional testing that reveals what sabotages your success.

Here’s the thing with any diet: calories matter. If you eat too many calories from any food, your body has to store those excess calories somewhere — typically, as fat. Weight loss resistance sometimes occurs from something that many diet plans neglect or fail to understand: hormonal imbalances.

As Virgin suggests, calories matter, but hormones matter more. Hormone imbalances become a major but often overlooked culprit for weight gain and weight loss resistance. Most of those imbalances hinge on one big player: insulin.

“We now know the main cause of weight gain. It is insulin, our fat-storage hormone,” says Mark Hyman, MD, in Food.

As Hyman says, insulin is a storage hormone. Just like you keep a savings account in case you have an emergency situation or lose your job, insulin likes to store things for a rainy day. Guess what insulin stores really well, especially when you eat too much food or the wrong food? Fat, especially along your midsection (which is the most dangerous type of fat).

“Insulin is a fat-storage hormone,” says Jason Fung, MD, in The Complete Guide to Fasting. “When we eat, insulin increases, signaling our body to store some of this food energy as fat for later use.”

Thousands of years ago, this was ideal. According to Fung, increased insulin is “a natural and essential process that has helped humans survive famine for thousands of years, but excessively and persistently high insulin levels result inexorably in obesity.” We stored fat for when food wasn’t available.

Yet today, food is available — lots of it — at pretty much any available time.

To be fair, most foods raise insulin levels. Every time you eat, this hormone steps in to do its job, including getting excess glucose (sugar) from your bloodstream into your cells for energy or into your muscles and liver for storage as glycogen.

But some foods raise this master hormone more than others. “Refined carbohydrates that rapidly break down into sugar have the most profound effect on insulin, stimulating the highest amount of fat storage,” says Jonny Bowden, PhD, and Steven Masley, MD, in Smart Fat. “Protein has far less of an effect, resulting in minimal fat storage. Fat itself? Absolutely no effect.”

Almost no food is purely dietary fat, so chances are you’ll release some insulin with even a high-fat meal or snack.

In all fairness, insulin isn’t good or bad. In fact, you would die without insulin, which helps deliver glucose to your cells for energy. When blood glucose levels rise after a meal, your pancreas releases insulin to clear glucose from your bloodstream into your cells for immediate use or your liver and muscles to utilize later.

At least that’s how insulin should work. Too much insulin — especially triggered by processed, sugary foods — eventually leads to insulin resistance.

With insulin resistance, your muscle, fat, and liver cells don’t respond well to insulin. They become resistant to its call and can’t utilize blood sugar. That glucose can’t hang out in your bloodstream, so your pancreas cranks out more insulin to compensate.

Eventually, your pancreas can’t keep up. This can result in hyperinsulinemia (too much insulin), high blood sugar (because insulin can’t get that blood sugar into your cells), and an overworked pancreas.

Insulin and the Intricate Hormonal Cascade

Think about the unruly kid in your elementary school. When they acted up, other students followed their lead. They started goofing off too, and a domino effect ensued that sometimes ended in chaos. That’s how hormones work. They don’t work in a vacuum. Instead, when one hormone gets out of whack, others follow. Insulin is the classroom’s number-one class clown — it creates chaos whenever it gets out of hand.

Insulin has other hormones that keep it in check. Its sister hormone is glucagon, which opens up those storage units as your body needs it. Together, these two hormones perform a balancing act to keep your blood sugar levels under control. “Insulin is responsible for saving; glucagon is responsible for spending,” says Bowden in Living Low Carb. In other words, if you want to lose weight, you should optimize your hormones by keeping insulin low and glucagon high. However, when your insulin levels are too high, glucagon isn’t enough to tame it.

“It’s interesting to note that while insulin is the only hormone for preventing blood sugar from rising too high, there are several hormones beside glucagon — cortisol, adrenaline, noradrenaline, and human growth hormone — that prevent it from going too low. Insulin is such a powerful hormone that five other hormones counterbalance its effects,” says Bowden. In other words, when problems arise from high levels of insulin, other hormones quickly get unruly, creating additional havoc.

“Insulin resistance is the major cause of aging and death in the developed and most of the developing world,” says Mark Hyman, MD, in The Blood Sugar Solution. (Hyman wrote the forward to Dr. B.J. Hardick’s Align Your Health.) Among its issues, Hyman notes that high insulin “drives more inflammation and oxidative stress, and myriad downstream effects including high blood pressure, high cholesterol, low HDL, high triglycerides, poor sex drive, infertility, thickening of the blood, and increased risk of cancer, Alzheimer’s, and depression.”

“Uncontrolled inflammation is a smoldering fire that can lead to insulin resistance, which sets the stage for many chronic diseases,” says Hyman in Food: What the Heck Should I Eat? Among them include weight loss resistance.

Ask most experts what creates insulin resistance that contributes to health problems, and you’ll probably hear a high-sugar diet. But there are other culprits, including environmental toxicity.

Insulin resistance and toxicity often feed off each other, contributing to weight loss resistance. “Although increased sugar consumption, obesity, and lack of exercise certainly contribute, the effect of environmental toxins may be far greater,” says Joseph Pizzorno, ND. “The data are so compelling that some researchers now label these toxins as diabetogens.”

Today, over 80,000 chemicals have been registered to use in America, and every year about 2,000 new ones appear in things like foods, personal care products, prescription drugs, household cleaners, and lawn care products.

While the National Toxicology Program argues few of them pose a significant risk, they also acknowledge we’re not sure about the effects of many of these chemicals on human health.

“Exposure to environmental toxins in the absence of increased caloric intake induces weight gain and insulin resistance,” says Hyman in a review published in Alternative Therapies in Health And Medicine. “Stated simply, toxins are an invisible, unappreciated cause of obesity and diabetes… the increasing burden of environmental toxins, including persistent organic pollutants and heavy metals, can no longer be ignored as a key etiologic factor in the epidemic of obesity and diabetes, or what should be called ‘diabesity,’ the continuum of metabolic dysfunction mild insulin resistance to end-stage diabetes.”

“You reach a threshold, at some point, where your biochemistry begins to drive toward fat production as a protective mechanism against those noxious accumulations,” she says. “Now… where to put it? It has to be somewhere safe, where you won’t burn it during everyday activity. The belly. Perfect.”

According to Vincent Pedre, MD, author of Happy Gut, environmental toxins (along with chronic stress and an unhealthy diet) can also create dysbiosis or gut imbalances, which eventually develop into problems like leaky gut. Those problems put your immune system in overdrive and increase inflammation, again creating a vicious cycle that feeds weight loss resistance.

Feeling frustrated about losing weight is no way to live your life. In fact, frustration can increase your stress hormone cortisol, which can stall weight loss. The good news is that a professional can also help.

Weight loss resistance can come in many “flavors,” and it might feel like an uphill challenge to pinpoint what creates yours. Working with a chiropractor or other healthcare professionals can help tremendously. Spine subluxations can help you gain weight or stall weight loss. Misaligned spine pathways can send mixed signals to your brain, making you hungry or craving sugary, processed foods.

Chiropractors can help, and they’re also trained to pinpoint often-overlooked culprits that can stall weight loss or create weight loss resistance. You are unique, and your weight loss challenge might also require a specialist who can find and eliminate the culprit or culprits that hold you back. 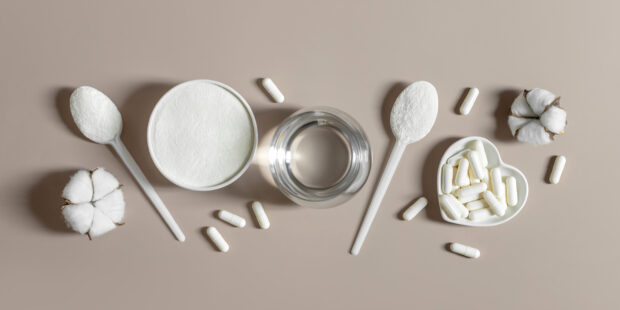 Beauty and beauty products have been a high priority throughout history. "Growth in the beauty industry, however, has boomed in recent years, in a trend that many link to a broader generational trend of attention to physical wellbeing ... Millennials are often quoted as being the main drivers behind ... END_OF_DOCUMENT_TOKEN_TO_BE_REPLACED

Four thousand years ago, in what is now present-day Iraq, it is said that the Ancient Babylonians gathered together to create the first New Year's resolutions. They were also the first culture known to have held celebrations to honor the new year which, for them, began in mid-March, just after ... END_OF_DOCUMENT_TOKEN_TO_BE_REPLACED 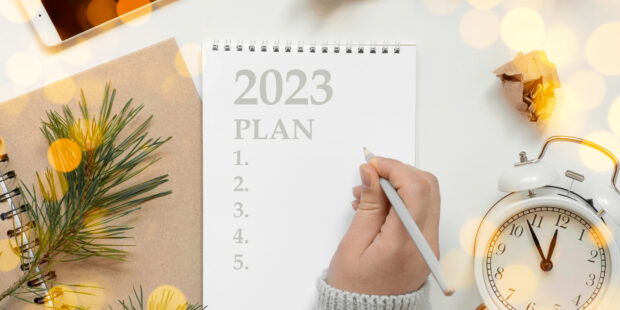 As the end of the year approaches, many people dread the looming, age-old practice of setting New Year's Resolutions. Most of the time, this includes attempting to lose weight by dieting. Unfortunately, most people fail their resolution before January even ends. A healthy diet is essential, and ... END_OF_DOCUMENT_TOKEN_TO_BE_REPLACED