We believe that being a MaxLiving chiropractor is more than someone who just helps people feel healthy. Through high-quality chiropractic and corrective care, combined with the 5 Essentials™, we’re here to empower patients with both knowledge and healing. Trust that your health is in expert hands.

Dr. Jake Davidson is the chiropractor and owner of Davidson Family Chiropractic, a MaxLiving Health Center, in Overland Park, Kansas. Dr. Davidson is originally from Dyer, Tennessee. He studied Cell & Molecular biology at University of Tennessee at Martin. Dr. Davidson graduated with a Doctorate in Chiropractic from Logan College of Chiropractic in Chesterfield, Missouri in 2015 and has passionately pursued changing the way healthcare is viewed and delivered here in the U.S. While attending graduate school in St. Louis, Dr. Jake met his wife Kellie Jo Davidson. Kellie Jo is very active in the practice and together they have traveled to different states seeking out the latest state-of-the-art research & technology in spinal & nerve system research, postural regeneration, and the other 4 Essentials of MaxLiving in order to reverse the aging process of your spine and regenerate your health & vitality. Dr. Davidson spent 14 months at the MaxLiving Training Center in Naples Florida receiving specialized training where he received advanced certifications in spinal correction, nutrition, exercise and toxicity.

Dr. Davidson has made it part of his life’s mission to share the 5 Essentials to each and every family in his community and the surrounding area. He has been inspired by some of the top leading researchers and chiropractors that the chiropractic profession has to offer. Alongside of his required yearly Continuing Education hours, and his morning research routines, he also spends three weekends a year staying up-to-date on health and wellness.

Dr. Davidson found his passion and decided he wanted to become a Doctor of Chiropractic once he lost one of his greatest mentors and life coaches, his grandfather. Growing up and watching his grandfather suffer from an array of ailments, he came to realize there was a major flaw in the health care system. Dr. Jake watched his grandfather suffer from disc herniations, kidney stones, emphysema, COPD, neuropathy in both legs, and more. By age 55 he had gone through two major surgeries, and at age sixty-five he had a heart ablation procedure. Dr. Davidson entered chiropractic school in the fall of 2012. In 2014 his grandfather was diagnosed with lung cancer. By this time Dr. Davidson was half way through chiropractic school when he really began to learn and understand how the body works. He was learning that true health comes from within and not externally. After a discussion with his grandfather he convinced him to see a local chiropractor. His grandfather later called him and said, “for the first time in his life he felt like a doctor listened to him and was not concentrated on symptoms alone, but the body as a whole. “For years my grandfather was told he was healthy when he truly wasn’t, for years he was given a pill or put under a knife to cover up a symptom. Not one time in his entire life did one doctor ever check the one system that controls all other systems in the body, the nervous system.”

Dr. Davidson has since lost his Grandfather and after his passing has looked at his x-rays. “After seeing how his spine looked I knew there was never a chance of him living a healthy and abundant life.” Dr. Davidson realized in that moment that nothing else matters in life without your health. Dr. Davidson explains “our healthcare system is failing because we are not getting to the root cause of everyone’s problems. That is why we are sick, suffering, and dying earlier than we should. This is why our children are sicker than ever and people are seeking out and asking questions. My mission is to change this community and make Overland Park the healthiest community in the nation through the 5 Essentials. I want every man, woman, child, and family to know and understand where true health comes from and how to obtain it.” 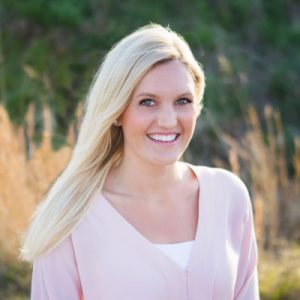 Kellie Jo is the owner and director of Davidson Family Chiropractic with her husband, Dr. Jake Davidson. Kellie Jo suffered from headaches and severe menstrual cramps for several years, until she experienced firsthand the powerful results of chiropractic. She quickly learned that the greatest doctor was her own body via the nervous system.

Kellie Jo was a huge skeptic about chiropractic, when she met her husband Dr. Jake, while he was studying at Logan University. It wasn’t until she gained enormous relief from years of headaches and severe menstrual cramps, and witnessed others around her experiencing life-changing results, that she became incredibly passionate about sharing all the benefits of chiropractic care. Kellie Jo’s greatest joy is seeing people regain their health and heal through adjustments and unlocking their God given potential.

With the mission to empower longer, healthier lives through chiropractic care and an integration of the 5 essentials, Kellie Jo loves helping children, adults, and the elderly and getting them to reach their personal health goals. “Seeing patients regain their health is the most rewarding job!”

This clinic is owned and operated by Davidson Family Chiropractic, a MaxLiving Health Center

Osteoporosis is a condition where bones lose density, are weakened, and are prone to fracture and breakage.  Many people think of a hunched-over elderly woman when they think of osteoporosis.  END_OF_DOCUMENT_TOKEN_TO_BE_REPLACED

Anorexic. Narcissist. Depressed. These words are now part of the American vernacular, labels, casually applied without a second thought, in common conversation. It may be stating the obvious to say END_OF_DOCUMENT_TOKEN_TO_BE_REPLACED

If you’ve been leading your own personal health journey, you’ve likely heard about the herb turmeric, and its active component, curcumin. That’s because this flowering plant has been making headlines for END_OF_DOCUMENT_TOKEN_TO_BE_REPLACED

This Strawberry Chia Pudding is sweet and filling. The perfect snack or dessert to satisfy your sweet tooth! 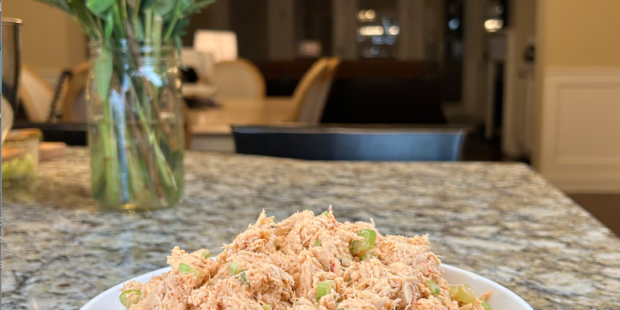 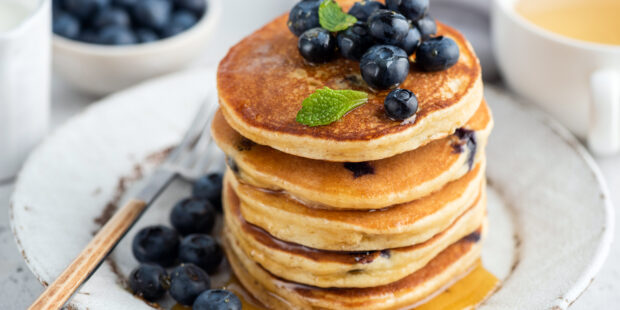